1. What does this nomination as an executive mean to you and to your research?

Being nominated for an Award is always honorable, because it can represent recognition for hard work. Such is the case of the nominations and recognition I have received from YNOT CAM AWARDS as the "Best Industry Representative" because of my development of the NEW CAMMING PERSPECTIVE.

Besides, I am delighted to be among the big executives of the business. I want to congratulate two of my colleagues - Katy (BongaCash) and Chris (Paxum) - and say thanks to another two, who are great friends of mine: Alex Lecomte (7Veils) and Thomas Skavhellen (OnlineCamSummit).

• Alex: his friendship has always helped me to stay strong and confident on my journey. Sometimes all we need is to have someone to trust.

• Thomas: he has opened an important door for me in the industry by giving me the chance to do two presentations in the Online Cam Summit. Thus, I had the opportunity to explain better the concepts and the profitability of the NEW CAMMING PERSPECTIVE. It made all the difference!

2. Last year you were awarded as Cam Model Representative. Has anything changed in your career?

Following the development of my career it is possible to notice a difference that came with the awards. Previously I had been in the industry for a long time, yet I was not in evidence, almost invisible.

The Award strengthened the NEW CAMMING PERSPECTIVE, allowing me to promote these ideas more easily because of a greater receptivity. Due to this recognition, I managed to take part in more summits, both in person and online, publish more articles, develop my own site and could establish a strategic collaboration with ImLive (the first webcam platform to officially position itself in favor of models’ quality of life).

Having said that, I am really happy for the current nomination of "Best Industry Representative", which means that my research has managed to reach I wider audience and is regarded as meaningful to our industry.

3. Why should people vote for you this year?

As I mentioned previously, my studies are based on scientific literature, but they aren’t limited to them. I spend a lot of time researching the real world and trying to put forward meaningful solutions. Such as expressed by the professional female soccer player, Megan Rapinoe, “the conversation needs to move from 'are we (women) worth it? should we have equal pay? To what can we do now?”

The NEW CAMMING PERSPECTIVE is this game changer, yet for these changes to take place I have to be in evidence. So, I address the Industry Execs and the models:

• Models:
This award means a greater chance to keep representing the models (even from the executive categories). It means that we can join forces and overcome the difficulties that had been completely hidden behind glamorous marketing.

Some of these issues can be pointed out as: (1) difficulties of social insertion due to prejudice, (2) anxiety and other negative psychological effects that result from the indoor isolation while not knowing if there will be constant traffic of members. Furthermore, (3) being treated as an object or bullied may result in low self-esteem and depression.

All of this hinders the models’ productivity and well-being. The NEW CAMMING PERSPECTIVE is all about strategies to overcome these nuisances. This approach is focused on the social reinsertion of models from a new understanding of camming in which models are not an object that is controlled by men, but a person that has emotions, needs, and limits. The outcome of this work of caring and protecting models can be followed at ImLive.

That’s why I must ask for your vote once again. It is very important to help me have a louder voice and to reach a wider audience through the NEW CAMMING PERSPECTIVE studies and its application on ImLive, which will lead to effective changes for both sides involved: Industry Execs and Models.

Priscila Magossi (
http://buscatextual.cnpq.br/buscatextual/visualizacv.do?id=K4262106A3&idiomaExibicao=2
) is a journalist (Mackenzie-SP/Brazil, 2002-2005), with a Master’s degree (2006-2008) and a Ph.D. (2010-2014) in Communication and Semiotics (PUC-SP/Brazil). Since she has started her journey in the communication field, she has been studying the impacts of the Mass Media and the Cyberculture in the post-modern society, focusing primarily on the social bonds dynamics.

Recently, ImLive.com has officially positioned itself as the first webcam platform in the camming market concerned with the models’ quality of life, which has led Magossi to join the team. The objective of this strategic collaboration is to unite forces in order is to maximize profit, retain return customers, offer better working conditions and female empowerment through the application of the New Camming Perspective: Boost your business building connections. 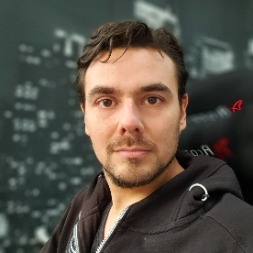 Overcomplicated and totally from another dimension.