The New Camming Perspective (NCP) studies claim it is possible to make the market be reasonably socially responsible and more humane while keeping it profitable as well. While there are different paths to follow in making the world of camming progress, the NCP has been playing its part in Brazil.

Taking into account that we are a small social movement, our results were achieved with little financial investment. In order to compensate for the lack of such resources, our work has been carried out with adamant determination. It is only possible because of pursuing the acquisition of extensive knowledge of the market. This, in turn, demands joining forces with a team that can work well together because of their common values, and a final goal that is very well defined.

We hope this article can make a point of showing that we all can make a difference, no matter how big or small we are. This article intends to display the path the NCP has followed in Brazil during the years 2019, 2020, and 2021, including the main achievements, challenges, and our next steps. Hard work pays off.

ACHIEVEMENTS OF NCP IN BRAZIL

Let’s take a look at what these achievements are:

Building Connections has become the standard around in Brazil and the association of camming as a venue for reaching instant sexual satisfaction only is considered an outdated old and limited idea. This can be noticed, even in the business strategies and marketing campaigns of the Brazilian platforms that clearly appear to have become more humane.

A great part of NCP’s efforts revolves around keeping it as a paid service, as well as trying to conquer more rights for those who do this job. Initially, this did not necessarily coincide with the interest of all the major players of the country, which started to recommend the models to offer “free show” in Free Live Chat, in order to attract more members to their room. .Nevertheless, most of the Brazilian models resisted and the companies had to take back their intentions. So, nowadays, we can see the following marketing campaigns, from these very platforms, running in Brazil: "Do not give the "ExclusiveChat" treatment to those who treat you as someone who is in the "FreeLiveChat" #BrazilianCamSiteTIP

NCP has been under the spotlight of local media explaining that premium camming is based on respectful relationships between models and members in private paid sessions. This explanation has contributed to premium camming models feeling more socially accepted. Businesses, on the other hand, have voluntarily taken up some practices because of noticing higher returns. The outcome has been a win-win for everybody.

While results undeniably came, they also came with hardship. For instance:

Throughout the last 8 years, an abusive type of marketing campaign has been quite common in Brazil. During holidays, domestic platforms created low-prize competitions (USD $25) among models that demanded them to carry out inhumane long work shifts (72 hours in a row).

Let us clarify why this is so abusive. What engaged the models to take part in such campaigns was not the money prize, it was also the chance to be on the top of the site, which means more traffic and more work. In other words, those who do not take part in such contests are affected because of the decreased traffic. Let’s point out that traffic is a scarce resource that these services pay for and the women who submitted themselves would be favored.

These events were met with resistance by the NCP leaders and models, who together reached out to the mainstream in order to call it off. This was worth it! As a consequence, domestic platforms felt ashamed of being accused of inhumane practices in Brazilian magazines and had to reconsider.

In the end, they voluntarily retracted developing new more humane marketing campaigns and their local representative was instructed to record videos explaining how to build connections in camming inspired by the New Camming Perspective’s concepts.

The fight we have picked is huge and there is a lot to be done. We are always planning viable strategies that can grant more private and professional rights to women while also being profitable to the investors.

Taking into account that other issues have been addressed, the next one we are set to act is regarding image copyright abuse in Brazil.

It is not reasonable that the only way to make a living in the camming industry in Brazil is by being obliged to completely cease the rights to the company of one’s image and any footage of theirs (including private sessions), their nicknames without the right to opt-out later. Thus the site and their associates can get profit infinitely from this material while the models do not get anything from it.

It is unfair because they are under asymmetric conditions in contracts that do not allow for any questioning by the models. There is room for improvement, and the NCP is working on strategies and possibilities to address these issues and make them mutually beneficial.

To continue reading this article...

Read the rest of this article, discuss business, share information, and connect with the WeCamgirls Community. 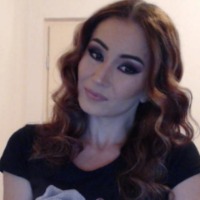 Platforms in Brazil have never made this kind of requirement. they never told us to stay 72 hours online, the promotion exists, the model only stays online if you want. Congratulations for the great article and the precise analysis of how camming is curently structured in Brazil. I have been working in a much lighter way since I got to know the methodology of NCP. Thank you so much for all your research and efforts to improve our business and helps us to find a healthier way to work.

I appreciate the article. These issues transcend Brazil.....I'm bullish on the cam biz evolving.....knowledgable performers are key, IMO. 🤔

Dear ShanaStorm, thank you so much for reading the article. And thank you once again for your positive feedback. It is really meaningful to our work in the scene! 😘🤩

What’s the Deal with Passive Investments?

All over the internet, people tout the success they’ve found with passive investing. Nine times out of ten the pitch includes words like “easy money” or “overnight success”. The idea of it is appealing – who doesn’t want to make money while they sleep – but is that the reality?  *break* So today we’re breaking down the idea of passive i [...]

Streamate Models has been hard at work this year to continue to improve our platform, deliver high-quality traffic, and give our models new tools and options. Below are just some of our recent updates, and many more are on the way! *break* New Multilingual Documentation Streamate's fast-growing global traffic has attracted a surge of new models from all around the globe. To help more of our mo [...]